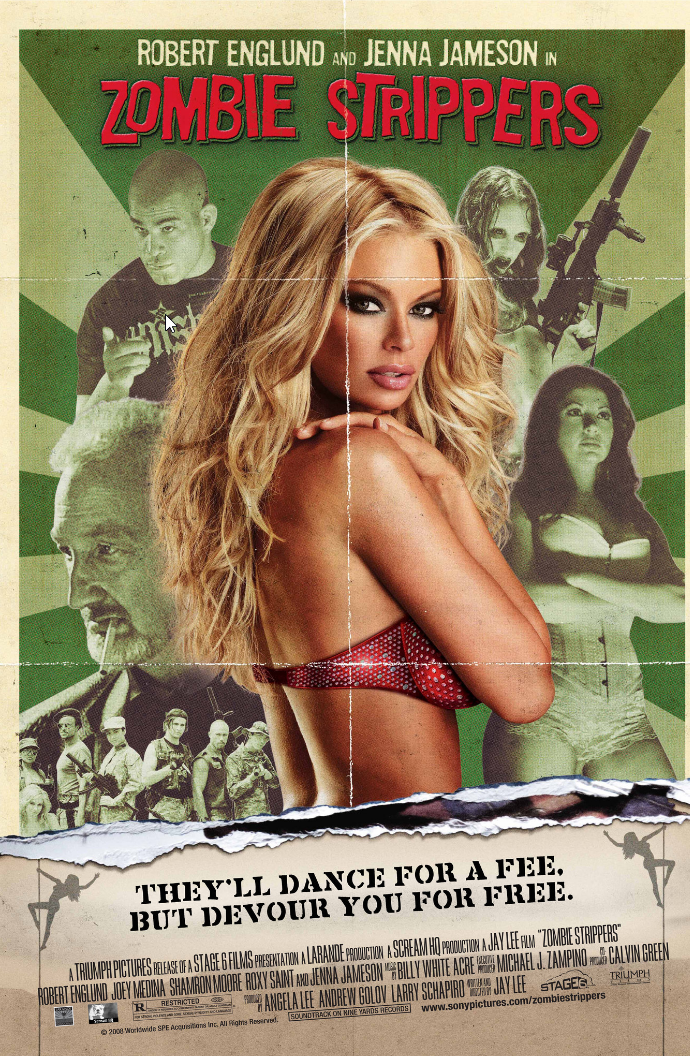 This show is dedicated to my dear friend Jeff Larkin who unexpectedly passed away from a heart attack at 52. Jeff was the best kind of friend you could have; tough love when you needed a kick in the pants, kindness when you were in pain and fiercely loyal. His laughter was infectious even if his jokes were terrible. He loved and was loved and will be missed. God bless his family and all he touched.

Jeff was part of the original crew of GBBMN when it was just me hosting movie parties in my basement. Zombie Strippers was one of his favorite that we had the misfortune to watch. This show is for you my friend.

Kathleen is jealous of my crazy six-minute synopsis skills and refuses to give me a one minute countdown. Jerk face. I’ll show you.

Kathleen is blessed with participating in a game that not only peels the scabs of old wounds but also grosses out the whole cast. Thanks to Charlie and Nate for the bitchin’ suggestions.

I didn’t get to talk about Madame Blavatsky so I want to make quick mention of her weird life. In a nutshell, she was a Russian spiritualist that moved to the United States and started a cult called Theosophy in 1875.  It has been described as an esoteric religion sharing a boarder-line with occultism.
The Ska band Johnny Scoko sang a song on their debut album Oh! I DO Hope it’s Roast Beef called Madame Blavatsky which is where I first heard of her back in the mid-90s.

We find out that Dave was only a few credits away from being a philosophy major. I dare you to ask him about it.

Pete never got around to telling the strip club story involving he and Dave. I’ll have to put that story back in the pile for later.

Troy corrects Pete AGAIN about where in Indiana Three Floyd’s Brewery is located. I get it, Troy. It’s Munster, not Muncie.

Don’t forget to check out all the great shows on the Give Me Back My Podcast Network.